The Department of Justice (DoJ) has a range of powers relating to devolved policing, and is responsible for the resourcing, legislative and policy framework of the justice system in Northern Ireland.  The DoJ is the lead department for the Organised Crime Strategy and supports the Organised Crime Task Force (OCTF) and its Sub Groups. The Department helps shape the policy context and leads on necessary legislative changes. The Department also funds the provision of analytical support to the OCTF. 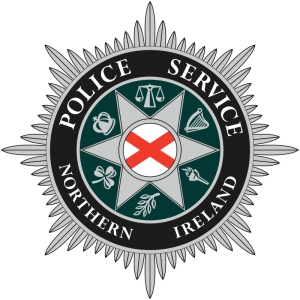 Police Service of Northern Ireland (PSNI) is responsible for keeping people safe by investigating a range of offences across the crime spectrum. As such it is a major contributor to the work of the OCTF.

Her Majesty’s Revenue and Customs (HMRC), a non-ministerial department of the UK Government, is the UK’s tax, payments and customs authority and has a vital purpose collecting the money that pays for the UK’s public services and helps families and individuals with targeted financial support.

HMRC helps the honest majority to get their tax right and make it hard for the dishonest minority to cheat the system.

HMRC Fraud Investigation Service (FIS) which has responsibility for civil and criminal investigations into the most serious tax evasion and fraud works closely with partner agencies locally and across international borders to draw upon and share expertise to tackle organised criminality in Northern Ireland.

Border Force is a law enforcement command within the Home Office. Border Force secures the border and promotes national prosperity by facilitating the legitimate movement of individuals and goods, whilst preventing those that would cause harm from entering the UK. This is achieved through the immigration and customs checks carried out by our staff at ports and airports.

The Northern Ireland Environment Agency (NIEA) is an Executive Agency within the Department of Agriculture, Environment and Rural Affairs. The Agency’s primary purpose is to protect and enhance Northern Ireland’s environment, and in doing so, deliver health and well-being benefits and support economic growth.  The NIEA Enforcement Branch focuses its resources on investigating cases which present a significant risk to the environment and public health, including waste crime.

The Department for the Economy’s Trading Standards Service (TSS) delivers consumer protection enforcement in Northern Ireland. TSS delivers a front-line public protection function for the benefit of consumers, businesses and the Northern Ireland economy. That function comprises the twin aims of protecting NI’s consumers - particularly the most vulnerable - from illegal and unfair trading practices, and providing support and guidance for NI’s businesses (particularly small businesses) so that they can deal effectively with regulation.

The Public Prosecution Service (PPS) – receives investigation files and determines if the Test for Prosecution is met and conducts criminal proceedings where appropriate.